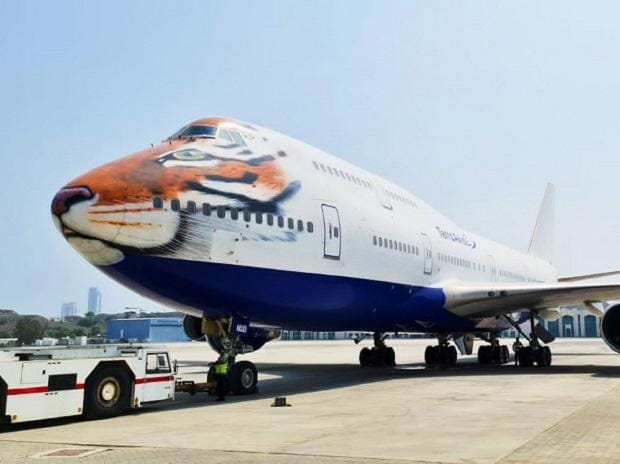 Eight African cheetahs – five females and three males – will arrive at their new home in India on Saturday morning after a 10-hour flight. The animals will be transported in wooden boxes on a Boeing 747 cargo plane from the Namibian capital of Windhoek to Gwalior in Madhya Pradesh.

A veterinarian, wildlife scientist, Indian High Commissioner to Namibia Prashant Agrawal and Laurie Marker, Executive Director of the Cheetah Conservation Fund, and members of her team will travel with the animals.

“All international protocols will be followed. The crates were prepared according to the Cheetahs’ requirements,” said SP Yadav, Additional Director General and Project Officer at the Ministry of Environment, Forests and Climate Change. The animals will not be calmed for this trip.

The cheetahs will be transported in an Indian Air Force helicopter from Gwalior to Kuno National Park and will be released into the wild by Prime Minister Narendra Modi on Saturday. To support the project, Indian Oil provided Rs 50 crore.

“Our team did a great job in order to be perfectly prepared for the flight. Our main job was to prepare the plane in order to perform a comfortable flight for the kittens,” said Vladimir Ghilan, responsible director of Terra Avia, a charter airline based in Moldova.

This includes setting a comfortable temperature for animals inside the plane, he said.

The Terra Avia Boeing 747 aircraft, which sports the “Siberian Tiger” themed livery, can carry 80 tons of cargo. For the Friday night flight, its only payload will be Cheetahs and accompanying passengers.

But animals are also transported in the hold of passenger planes and freighters alongside other cargo. In such cases, there are certain do’s and don’ts that airline personnel follow. For example, a shipment of meat or seafood is not loaded near an animal cage because the smell may trigger reactions.

Airlines such as Air France-KLM adopt a last boarding and first disembarkation procedure for animals, i.e. animals are boarded last after all other cargo has been loaded, but they are the first to disembark. At the airport, animals are transported in covered vehicles to limit the impact of external weather conditions.

Air France-KLM staff responsible for animal cargo at Paris and Amsterdam airports undergo training each year by a veterinarian. The staff must also have training and training in the field.

To ensure the safe transport of live animals, the International Air Transport Association (IATA) introduced a global certification program in 2018.

“Before accepting a shipment of livestock, our teams have a checklist for shippers to get as much information as possible about the animals before booking and also to ensure the aircraft is capable of transport the expected number of animals. Some of the measures we take to ensure the animal’s safety and comfort include regulating the air conditioning system of the aircraft which can keep the livestock at the requested temperature and ensuring a stress-free boarding and disembarking process. “said Rajesh Menon. , Regional Freight Manager, Cathay Pacific.

“Over the past three years, we have transported 12,000 goats, 47 thoroughbred horses, four alpacas, among other animals,” Menon added.