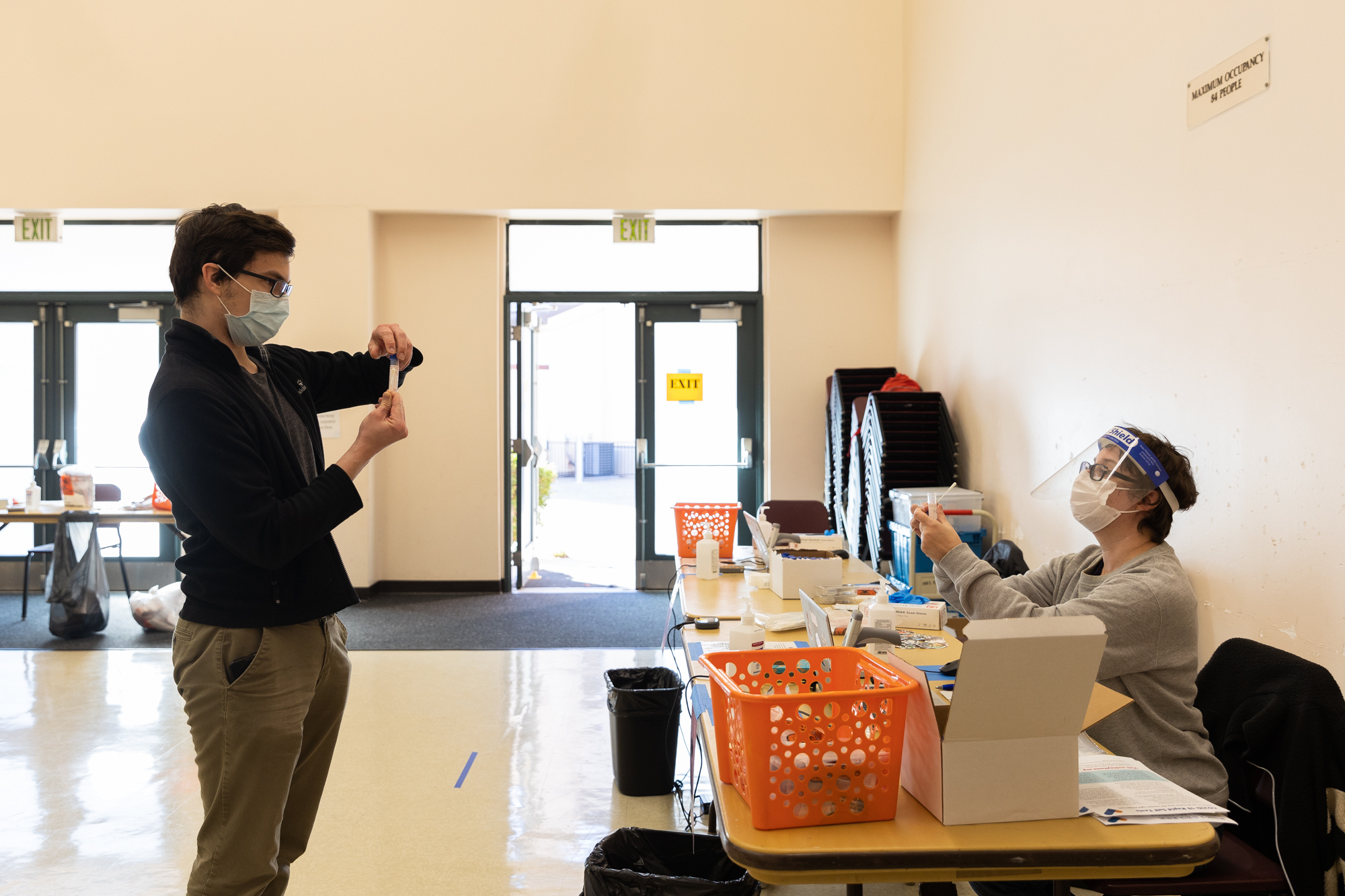 A sharp drop in COVID-19 cases has led Santa Clara and San Mateo counties to adjust how they handle the pandemic, such as reducing testing sites and closing some isolation shelters for homeless residents. in previous epidemics.

Santa Clara County plans to maintain its mass testing and vaccination infrastructure while developing an agile model that will allow it to scale up or down as demand changes, health worker Dr. Sara Cody, to the Supervisory Board. The county will continue to maintain general epidemic preparedness and response programs.

“As our cases continue to decline, the rate of decline seems to be slowing down a bit,” she said.

The county achieved an 84.9% vaccination rate for all residents and 68.8% of eligible residents received boosters, according to the county’s online COVID-19 dashboard.

“We saw more cases – many more cases – during the omicron surge than in any previous surge, and that was the case even in our highly vaccinated population. This was largely due to the incredible transmissibility of the omicron,” she said.

She noted that the county has seen an increase in deaths from the omicron variant outbreak. At the height of late January, 46 residents died in a week compared to 26 during the delta surge, according to county dashboard data. Although on an individual basis the cases were milder, the number of community-level cases caused by omicron was such that even a small proportion of serious illnesses resulted in a higher number of deaths, she said. declared.

“We have to keep thinking about our community and not just individuals. At the community level, omicron was much worse than delta,” she said.

Cody said the county is preparing for future surges. Officials are strengthening the public health system by continuing to monitor diseases, engaging with the community, and working with health care providers and the public to prepare for other emerging variants. The county is also focusing on health equity and outreach to underserved communities, which have been hardest hit by the virus.

How the county will track the virus and understand new outbreaks and variants is also changing. The Centers for Disease Control and Prevention has shifted its focus to virus outcomes, such as hospitalization rates — a “community-level” model — rather than the level of transmission, she said. Data from this model, however, is lagging and slowing the identification of warning signs of surges, she said.

As more people have moved to home testing, the county must rely on other systems to understand transmissibility, she said. County health officials continue to monitor DNA for the virus and its variants found in sewage. The sewage monitoring program, which began in the fall of 2020, has been a reliable source of information on where outbreaks are occurring and the trend of spread, she said.

The county is also ending its home referral and financial assistance programs, no longer welcoming new clients. It plans to process all pending requests by April 30 and release 80% of staff to their regular work by May 1. They will reduce the two currently rented hotels used for isolation cases to one by March 15 and begin prioritizing placements for homeless people. from congregate care settings and hospitalizations. A program will be put in place to transition people to other support services.

Supervisor Mike Wasserman instructed staff to develop a “playbook” for managing COVID-19 based on lessons learned over the past two years of the pandemic regarding infrastructure, testing and vaccinations.

“Another virus could come to town and be the next COVID,” he said.

County administrators plan to present a summary to council at a later date.

San Mateo County health officials plan to close the COVID-19 testing site at the San Mateo County Event Center early next week, they told the county board of supervisors on Tuesday.

The drive-thru center will close after March 15, said San Mateo County Chief Health Officer Louise Rogers. The center is not considered essential at this stage, as virus case rates have fallen by 96% since the peak of the last surge on January 8. Of all county residents, 83% are now fully immunized.

Rogers thanked event center management and staff for their cooperation.

“We simply couldn’t have mobilized to the level that we did without their partnership,” she said.

As of March 6, 89% of all county residents had received at least one dose of the vaccine. Clinics will continue to target communities where vaccinations have been lowest: 68% of Black residents, 79% of Hispanics, 66% of Pacific Islanders and 66% of children ages 5-11 have received an injection of the vaccine , he mentioned.

“Our message that it’s not too late to get vaccinated and get a booster remains relevant, as vaccination is the single most important step every eligible resident can take to protect themselves from the risk of serious illness or death.” , did he declare.

The county is also withdrawing contact tracing and will focus on high-risk populations such as residents of congregate care facilities, shelters and prisons.

Rogers noted that hospitalizations also continue on a downward trend, and there are only two residents in “safe isolation” in motels or other places that house homeless people who are being tested for the virus. is positive.

But while the county may wind down its larger-scale response to the pandemic, officials are still closely monitoring the situation for another flare-up.