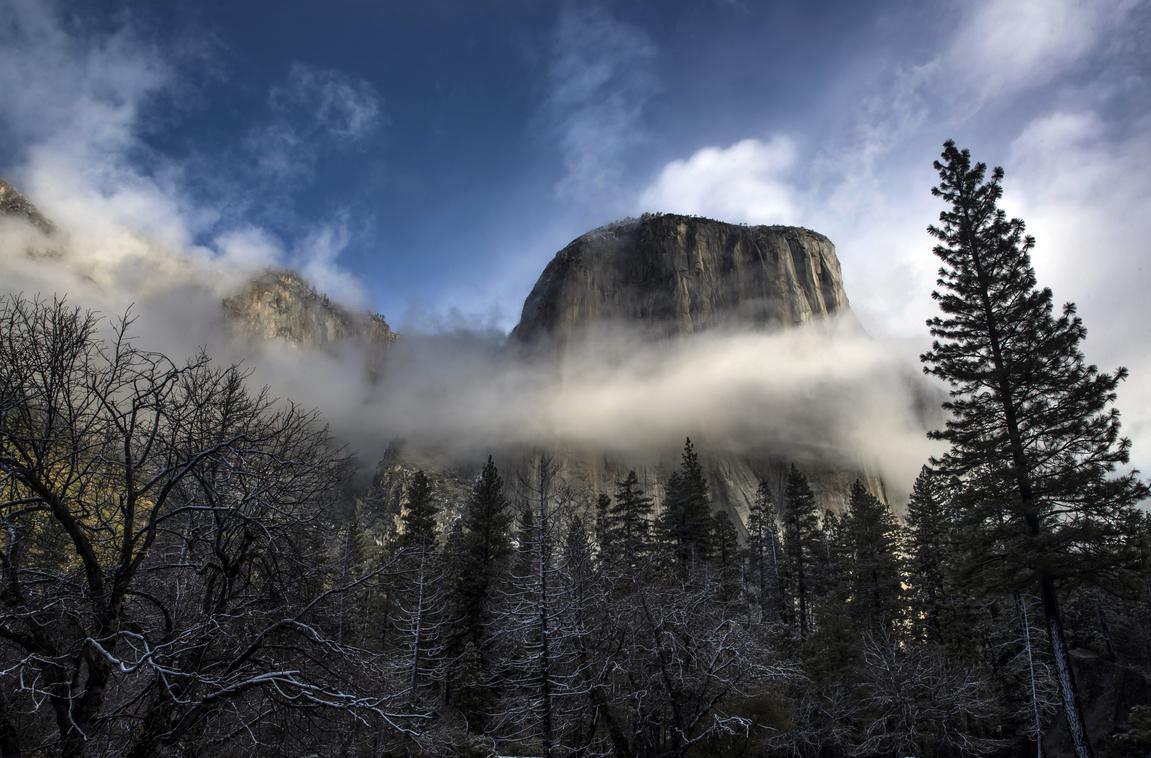 For more stories like this, check out The Chronicle’s weekly travel newsletter! Register here.

Yosemite National Park is in the midst of its most significant infrastructure upgrade in nearly a century. With funds provided through the Great American Outdoors Act, campgrounds, hiking trails, and roads around the park are being rebuilt and repaired in accordance with Yosemite’s long-term plans to continue to welcome millions of visitors each year.

“These are once-in-a-generation types of projects that the park wouldn’t have the opportunity to fix,” said Frank Dean, president and CEO of Yosemite Conservancy, a nonprofit that helps fund park improvements.

This all comes as park officials decide to reimpose a reservation system during peak season to limit crowds.

Over the next two to three years, the park will have renovated its largest campground, repaved one of its most popular thoroughfares, and improved one of its most popular trails in Yosemite Valley. But in the meantime, construction in the valley and elsewhere may cause traffic delays, parking issues and other inconveniences for people traveling to the park, starting this spring.

To help visitors plan their trips, here is a complete overview of the various projects underway, which will total tens of millions of dollars in improvements.

Everyone wonders if Yosemite will again require summer visitors to pre-book park tickets, a program it started at the start of the pandemic in 2020 and reinstated last year to help limit the number of visitors, which can approach 20,000 during peak summer days. The decision is under review, park employees say. While the park is open to visitors by car during the winter months, Yosemite executives are still analyzing whether the pandemic may necessitate a third straight year of advance reservations between May and September.

As for wilderness permits – which are required to access popular backcountry areas like Half Dome Summit and the John Muir Trail – these will be available through Recreation.gov, the portal the park has long used to manage camping reservations. Due to increased interest, many permits will be issued through a lottery that opens up reservation dates six months in advance.

The park typically reserves wilderness permits for hikers, but it eliminated them for a period last year. Whether it will issue them again this summer is up in the air.

In a new development, the park is launching a lottery for landing sites at Northern Pines Campground, at the eastern end of the valley, between July 21 and September 14. The goal is to more evenly distribute in-demand camping reservations that for years have been snapped up seconds after they go live.

“There is a federal effort to centralize everything on Recreation.gov for the sake of fairness,” Yosemite spokesman Scott Gediman said. “Consolidating access to wilderness permits and campsites (on the website) is the destination of many national parks.”

the largest campground in the park, with over 300 campsites, will be closed this year and next for a major facelift. This will involve: moving a loop of campsites near the Tuolumne River to the interior of the campground; move a backpacker campground closer to the John Muir trailhead; the addition of two new toilets and the improvement of accessibility to the older ones; install new water pipes; and replacing old picnic tables, food lockers and fire pits.

“This campground dates back to the 1930s and has barely been touched since,” said Kathleen Morse, Yosemite’s chief strategic planning and project management officer. “It’s a major event in the camping experience.”

A die the busiest roads in the park, which culminates in a spectacular view of Half Dome across Yosemite Valley, will be closed this year for maintenance on a 12-mile stretch from Badger Pass to Glacier Point. (The road is currently closed, as it always is during the winter months.)

“It has deteriorated to such a degree that it needs to be overhauled,” Morse said.

The road will be resurfaced and some narrow sections in tight bends will be widened. Additionally, a larger parking lot and new restrooms will be built in a popular setback near the Sentinel Dome.

It will reopen next year. However, expect traffic delays of up to 30 minutes while workers complete the project.

Bridalveil Creek Campground (110 sites), on Glacier Point Road, will also be closed this year while the park replaces its water distribution system.

Fall of the bridal veil

A three-year project to renovate the parking area and trail system around Bridalveil Falls, one of the best sites in Yosemite Valley, should be completed this fall.

Trails have been redesigned into more consistent loops and repaved; the upper level viewing platform was enlarged and wrapped with a safety railing; and smaller viewing areas further down the trail have been set up with benches and more space for visitors to stand and watch the fall, which generally flows year-round.

At the foot of the trails, the parking area has been redesigned to minimize traffic problems and the restrooms have been expanded and improved (box toilets have been replaced with flush toilets).

Famous for its groves of ancient redwoods, this popular nook near Wawona underwent a $40 million upgrade as recently as 2018. But a high wind last year toppled 15 of the tall trees, destroying walks and restrooms. Since then, visitors have had to park at Yosemite’s south entrance and drive 5 miles round trip along a paved road to see the redwoods.

The park hopes rebuild sidewalks and restrooms before Memorial Day and run a shuttle along the causeway again to save tree lovers the long walk.

A series of projects converging around the Yosemite Village Visitor Center are sure to cause short-term inconvenience to people driving through Yosemite Valley. Two separate parking areas near the center are to be tarred this summer; a third nearby parking lot will serve as a rest area for the work. In the short term, it will remove nearly 300 parking spaces as projects progress.

“It will be frustrating for some visitors, I’m sure, but we’ll get through it,” Morse said.

At the same time, the Visitor Center will be updated with space for people to plan their trips and orient themselves in the valley, as well as new toilets.

The park’s beleaguered valley shuttles were shut down early in the pandemic and then restarted at reduced capacity. They should resume limited service with fewer stops.

Near the west entrance to the park along Route 120, Crane Flat Campground (166 sites) will be closed this year for rehabilitation. The rustic campground, which overlooks meadows blooming with wildflowers in the spring, is built against slopes where drainage has become an issue. Sites will be equipped with flat tent platforms and new picnic tables, food lockers and fire pits.