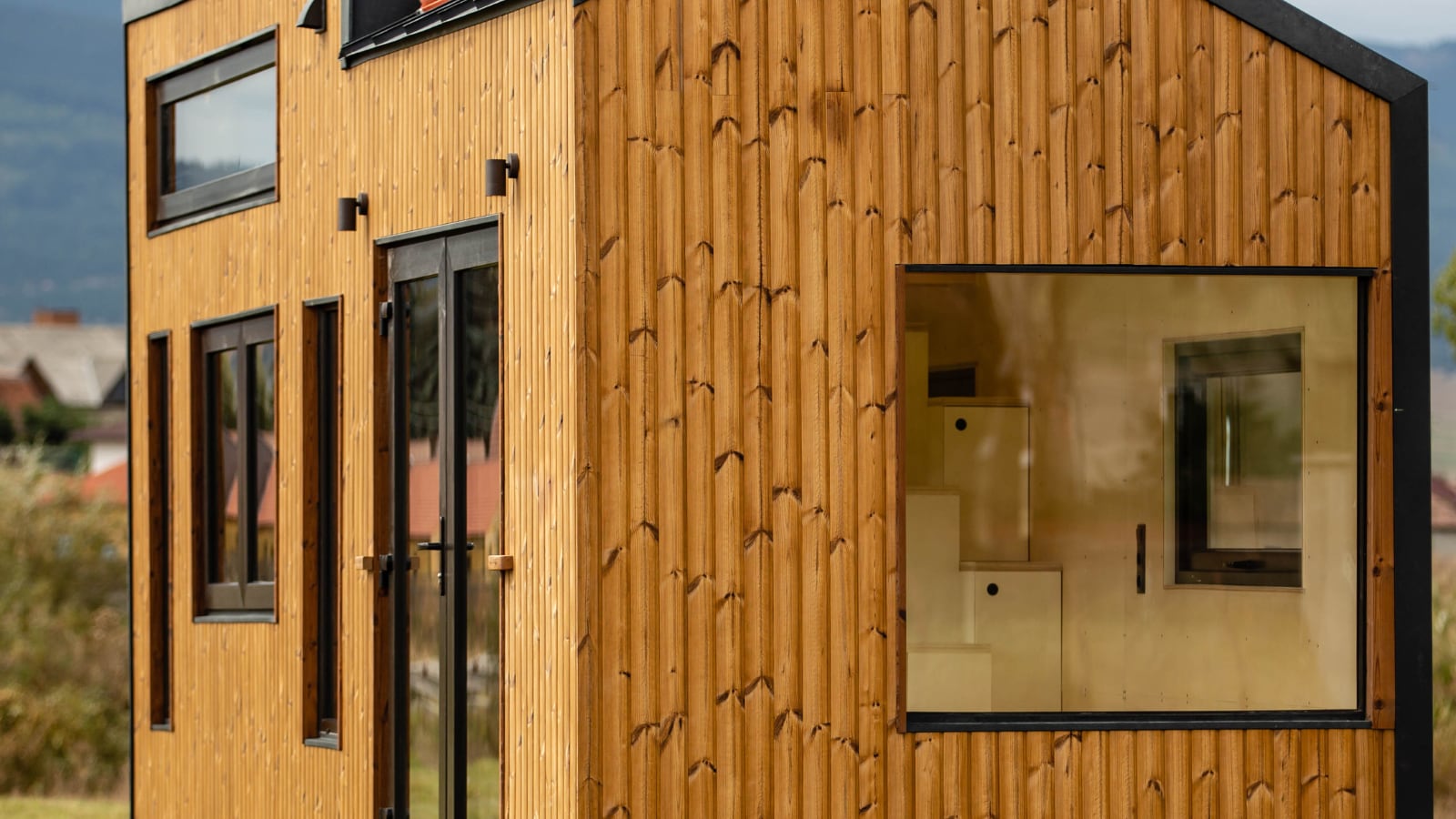 Products don’t always look the way they appear online and a family of four experienced this after arriving in the rental unit they booked on a website. Photos of the place tricked one man, JJ Keefe, into booking a staycation that turned out to be a 114 square foot tiny house. The family who were accompanied by their two dogs were traveling to Canton, New York, to drop off their son Aidan at his university.

However, the trip became one of the most memorable after realizing the mistake the father made while arranging the stay. The home advertised to sleep four on the cheap was a tiny blue house in the Adirondacks, upstate New York. Upon arrival, JJ’s daughter Kylie recorded her family’s hilarious reaction to the property and the video went viral on TikTok.

As reported by LADbible, the 25-year-old said: “My dad saw it slept four and the cheap price and booked it without a second thought.” She reportedly explained that her family hilariously laughed at the situation: “We all laughed when we stopped and saw the size of the house.” New arrangements have been made for Kylie and Aiden, while the parents have decided to stay in the small house with their dogs. She added: “They said the house was very cramped but we all laughed for pretty much our whole trip so they didn’t mind staying there.”

The hilarious TikTok video went viral in no time and garnered over 32 million views within hours. Not only internet users, but also popular rental apps including Airbnb and Hilton Hotels have stepped in to help the family provide them with better stay options. Speaking about the thunderous response on social media, Kylie told the portal: “When I saw the responses from Arby’s, Hilton and Airbnb I was shocked but thought it was hilarious.”

She confirmed that the companies were quite generous with her and this trip became one of the craziest experiences she had ever had in her life. Notably, the family received a free $500 voucher through Airbnb, while Hilton offered them a free hotel stay.

Pacific news in brief for November 9