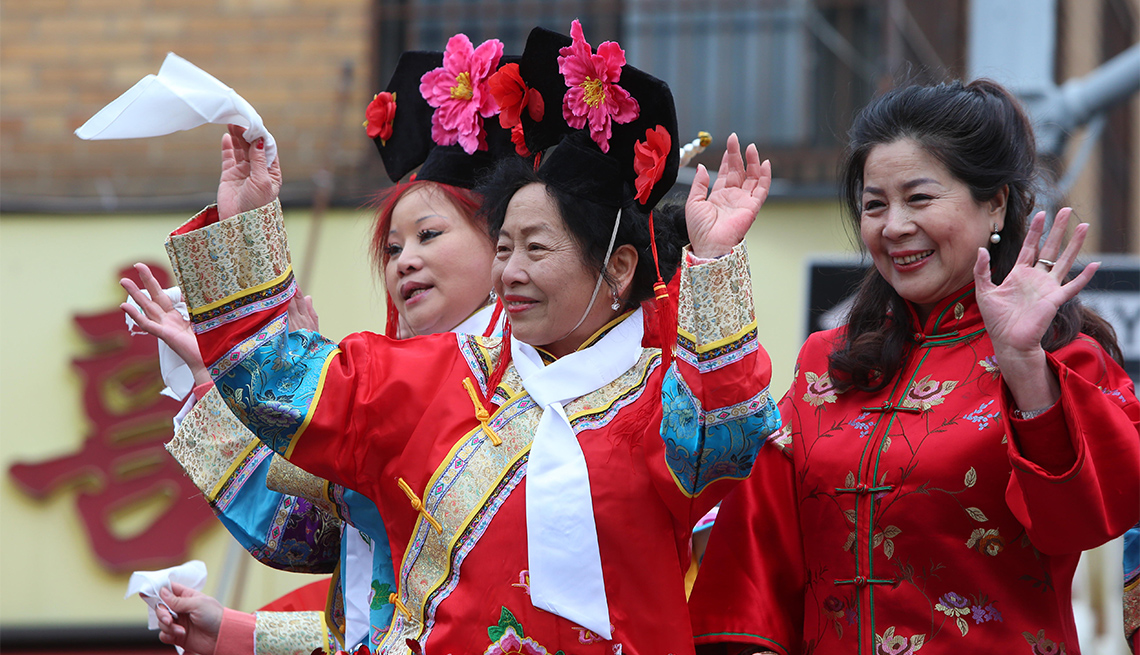 Find out how to celebrate AAPI Heritage Month in 2022

More than 30 years ago, for the first time, Congress designated the month of May as what is now known as Asian American and Pacific Islander Heritage Month to officially recognize and celebrate the community.

Since then, Asian Americans and Pacific Islanders have become the fastest growing racial or ethnic group in the United States, with a population expected to exceed 35 million by 2060, according to the Pew Research Center. This multicultural community includes people who speak more than 100 languages ​​with roots in more than 20 countries, including China, India and the Pacific Islands, such as Samoa.

This year, AAPI Heritage Month comes as the community continues to struggle against anti-Asian attacks, including on the elderly. But there is also something to celebrate.

“With anti-Asian hatred and rhetoric peaking, this is an opportunity to pause and reflect on the contributions of Asia-Pacific Americans to the fabric of America,” said Roland Hwang, vice president. public affairs for OCA-Asian Pacific American Advocates and co-founder of American Citizens for Justice. It’s “an opportunity for Americans to appreciate and celebrate who we are as members and contributors to society.”

After spending much of the past two-plus years supporting public health efforts related to COVID-19, as well as fighting anti-Asian hatred, members of the AAPI community have a chance in May to celebrate being together in person.

“With everything going on in our community, I’m glad we have our space and events where our communities are centered,” says Emilio Manuel Camu, whose roles include Asian Link Project Manager and Filipino American Association of Utah.

Read on to find out how to observe AAPI Heritage Month.

As pandemic restrictions ease, get out there and support Asian-owned restaurants and small businesses. Many Asian neighborhoods have been hit hard financially and otherwise by the COVID-19 pandemic and some have seen their business plummet due to anti-Asian rhetoric, says Debbie Chen, executive vice president of OCA-Asian Pacific American Advocates .

“For a lot of small businesses, they’re really struggling and taking losses just to get there,” Chen says.

To help, OCA-Asian Pacific American Advocates has created a national directory of Asian-owned restaurants and food businesses. A work in progress, it kicks off May 1 for AAPI Heritage Month, with some of the companies offering special restaurant promotions through early June.

“Food is such an important part of our community,” Chen says. “I hope part of AAPI Heritage Month is supporting small family businesses, eating out, ordering takeout and celebrating this month with your family and friends.”

Dive into AAPI books and entertainment

Take the opportunity to learn more about the lives, experiences and rich stories of AAPI communities through books, films and performances. Throughout May, for example, the Asian Authors Alliance will publish a series of YouTube videos featuring conversations with AAPI authors. The Lakshmi and Asha show also reviews the latest books, movies, and TV shows through a South Asian American lens. Or tune into Campus, a podcast, featuring stories about the incarceration of Japanese Americans during World War II, and produced by Densho, an organization that preserves the stories of Japanese Americans.

CAAMFest40, the annual film festival hosted by the Center for Asian American Media, will run May 12-22 with a full lineup of virtual and in-person screenings, as well as food and music in the San Bay Area. Francisco. Pacific Islanders in Communications also offers compelling documentaries and films, including the documentary series pacific heartbeat, an authentic look at the culture and issues of the Pacific Islands. OCA-Asian Pacific American Advocates is also launching a series of videos in May highlighting the relationship and deep history between AAPI and black communities.

New biometric deployments at US, Greek and German airports