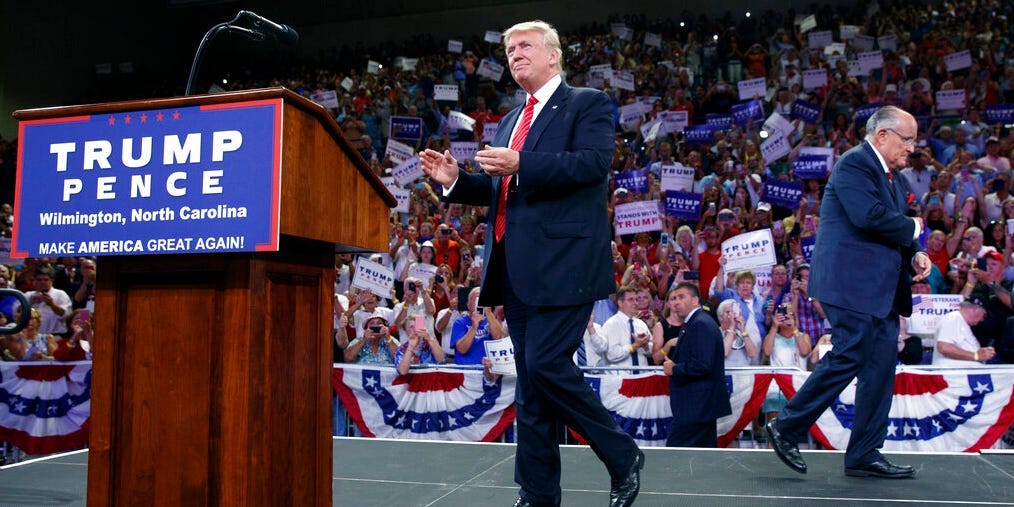 For years, Rudy Giuliani was one of former President Donald Trump’s staunchest allies, at one point serving as his personal White House attorney and later traveling across the country to challenge the results of the 2020 presidential election.

However, after Trump launched his presidential campaign in 2016, Giuliani initially had reservations about endorsing the then Republican nominee, according to author Andrew Kirtzman in a forthcoming book on the former mayor.

During a recent episode of The Daily Beast’s “The New Abnormal” podcast, Kirtzman recounted that Trump sought Giuliani’s support in 2016, at a time when the former federal prosecutor had almost become an afterthought in many many high-level political circles after his unsuccessful presidential bid in 2008.

“At the time he endorsed Trump in 2016, [he] was really dealing with some kind of irrelevance,” Kirtzman said. “It wasn’t like every presidential candidate was knocking on his door or begging him for an endorsement. Donald Trump was the only one calling out, urging him to support him, and Trump needed him more than any other candidate.”

He continued, “Giuliani had reservations. He didn’t think much about Trump or his potential, but there weren’t many options and Trump was the frontrunner.”

Kirtzman went on to remark that Trump and Giuliani had developed “a close bond” during the campaign trail, though Trump later decided not to nominate Giuliani for Secretary of State because of a series of “stories.” negative” on the former mayor.

Giuliani appeared last month before a special grand jury in connection with a criminal investigation in Fulton County, Georgia, relating to the 2020 presidential election.

Kirtzman’s book, “Giuliani: The Rise and Tragic Fall of America’s Mayor,” which chronicles the life of the longtime public figure, will be released Sept. 13.

The Santa Claus Mission takes off for Christmas