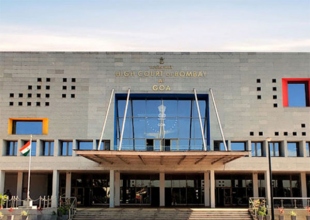 More than 5 petitioners contested the notification of OBC reservations in the villages of Parra, Candolim and Arpora-Nagoa; submissions continue today

PANJIM: With six petitions challenging the reserve of Other Backward Class Communities (OBCs) for the August 10 panchayat general elections heard at the Bombay High Court in Goa, the divisional bench on Wednesday questioned the application by the State Election Commission (SEC) of the ‘independent spirit’ in the application of the reservation.

The High Court partly heard the motions in which the SEC made submissions. The hearing will continue on Thursday, during which the SEC will complete its submissions before the divisional bench of Judge MS Sonak and Judge RN Laddha, followed by submissions from the state government.

The bench at the hearing also noticed that after receiving data from the Goa State Commission for Backward Classes, a committee consisting of government employees was formed to assess the parameter of the triple test in accordance to the directives of the Supreme Court. Later, the OBC reserve was notified based on the Committee’s recommendations.

The High Court observed that the State Electoral Commissioner, being a self-governing authority, should have been independent of mind, which on the face of it did not appear to be the case.

The SEC has been instructed to submit documents regarding the constitution of this committee and the minutes of the meetings.

Petitioners Alex D’Souza, Srikrishna Nagvekar, Salvador Blaize Peter Fernandes, Salim Sayed and others challenged the recent notification regarding Parra, Candolim and Arpora-Nagoa Village Panchayats and requested that the restoration of the previous notification be reversed.

Elections for 186 village panchayats, which have been delayed for various reasons, are scheduled for August 10 while counting will take place on August 12.