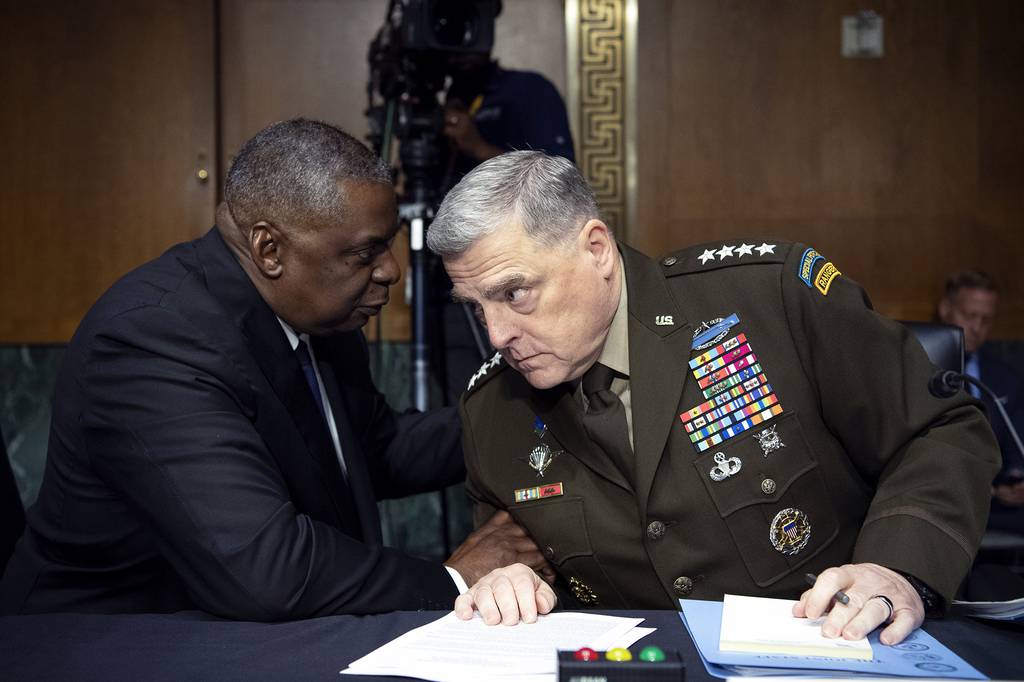 Defense Secretary Lloyd Austin and Joint Chiefs Chairman Gen. Mark Milley will appear before the House and Senate Armed Services this week to answer what are expected to be conflicting questions over the US military exit from Afghanistan. .

The high-profile hearings – before Senators on Tuesday and House lawmakers on Wednesday – are the first appearances of the two top Pentagon leaders on Capitol Hill since the military mission in Afghanistan ended on August 31.

Lawmakers have had a series of closed-door briefings on the subject in recent weeks, but also expressed frustration at the lack of public information from Defense Ministry officials about the missteps in the process. evacuation and work in progress to remove allies left behind.

Milley is also expected to be asked about revelations from reporters Bob Woodward and Robert Costa in the new book “Peril” which suggest the Joint Chiefs Chairman worked against former President Donald Trump during his last days in office.

Senate Foreign Relations – 10 a.m. – 106 Dirksen
Applications
The committee will consider several nominations, including Mark Gitenstein as US representative to the European Union.

House of Foreign Affairs – 2 p.m. – 2172 Rayburn
Africa
Michael Gonzales, Assistant Under Secretary of State for African Affairs, will testify on security issues in the region.

House of Armed Services – 9:30 a.m. – 2118 Rayburn
Afghanistan
Defense Secretary Lloyd Austin and Joint Chiefs Chairman General Mark Milley will testify on the US military withdrawal from Afghanistan and other matters.

Leo covers Congress, Veterans Affairs and the White House for Military Times. He has covered Washington, DC since 2004, focusing on policies relating to military personnel and veterans. His work has earned him numerous honors, including a 2009 Polk Award, a 2010 National Headliner Award, the IAVA Leadership in Journalism Award, and the VFW News Media Award.