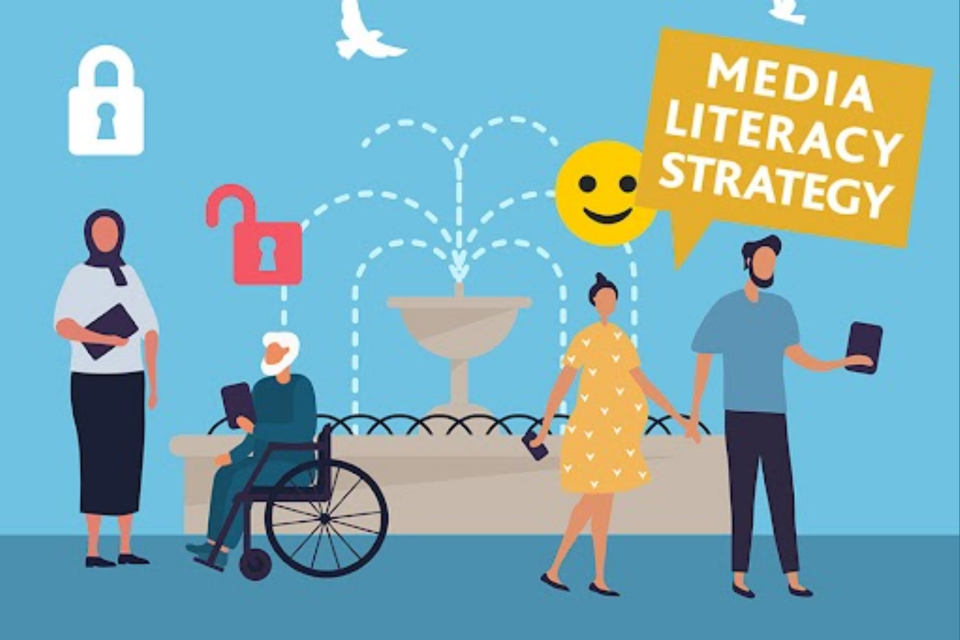 Parliamentarians will debate the Government’s groundbreaking Online Safety Bill, which requires social media platforms, search engines and other apps and websites to allow people to post content to improve the way they protect their users.

Ofcom, the regulator, will have the power to fine non-compliant companies up to ten percent of their annual global turnover, force them to improve their practices and block non-compliant sites. Basically, the laws provide strict measures to protect children from harmful content such as pornography and child sexual abuse.

Ahead of Tuesday’s debate, the government is launching the next phase of its online media literacy strategy. It aims to help vulnerable and “hard to reach” people, such as those who are digitally excluded or from lower socio-economic backgrounds, to navigate the internet safely and teach them how to spot online misrepresentations.

The Department for Digital, Culture, Media and Sport (DCMS) will spend £2.5million to drive the plan forward over the next year, including training, research and the provision of advice of experts. This includes a new media literacy task force made up of experts from a variety of disciplines and a boost to the Media Literacy Fund, which gives teachers and local service providers the skills they need. to teach people to improve their critical thinking about what they see online.

Now is the time to properly protect people online and this week MEPs will debate the most important legislation in the internet age.

Our groundbreaking online safety bill will make the UK the safest place to surf the web. It has been significantly strengthened after a long period of engagement with people in politics, wider society and industry.

We want to equip everyone with the skills to navigate the internet safely, so today we’re also announcing increased funding and plans for experts to partner with government to help people spot the questionable information online.

Thinking critically online has never been more important. There has been an increase in disinformation and disinformation on social media and other online platforms during the global pandemic and the Kremlin continues to use disinformation to target UK and international audiences to justify its actions in Ukraine.

Ofcom research shows that adults are often overconfident in their ability to spot misinformation and that only 32% of children aged 12-17 know how to use reporting or reporting features online.

Forty percent of adult internet users lack the skills to critically evaluate online content, and children up to the age of 15 are particularly vulnerable.

A new media literacy task force made up of 18 experts from various relevant organisations, including Meta, TikTok, Google, Twitter, Ofcom and the Telegraph as well as universities and charities, will work with the government as part of its strategy to counter misinformation and help hard-to-reach and vulnerable groups in society think about what they see on the web, including improving their ability to protect their data and privacy.

The working group will look at new ways to identify and reach those who need education the most. This could include working with local authorities or coordinating the support offered by local services to roll out the training.

The Media Literacy Fund will expand a ‘Train the Trainer’ pilot program that was launched last year to give teachers, library workers and youth workers more skills to help build thinking skills criticism of people.

Further research will be commissioned to understand the root causes of poor media literacy and the effectiveness of different methods to build people’s resilience to misinformation and disinformation.

The fund will have a broader reach, including a focus on improving media literacy for those who are particularly vulnerable online, such as children or people with mental health issues.

Since its launch in July 2021, the Online Media Literacy Strategy has provided £256,000 in grants to five organizations to tailor media literacy resources for teachers working with children with disabilities, run a successful awareness campaign to promote Safer Internet Day and empower LGBTQ+ youth with tools to fight online abuse.

Media literacy is key to helping people lead healthier, happier and safer lives online, especially the most vulnerable and hard to reach in our society. As a member of the DCMS Media Literacy Taskforce, I welcome the breadth and ambition of this new action plan, which demonstrates the government’s commitment to this important agenda. As librarians and information professionals, we look forward to playing our part in making it happen.

Will Gardner OBE, CEO of Childnet International and Director of the UK Safer Internet Center said:

Media literacy is a central part of Childnet’s work with children, young people, parents and guardians, and we fully support DCMS’ media literacy guidance and work. This work has never been more important than today.

There is a lot of work going on in this space in the UK. Government plays an important role in helping to identify where there are gaps and where focus or learning is needed, and then supporting responses to that.

As part of the UK Safer Internet Centre, in February 2022 we worked closely with DCMS to help promote the Safer Internet Day campaign to young LGBTQ+ people. We fully support the continued direction of the action plan, including ensuring that ‘hard to reach’ groups are supported as well as those who are particularly vulnerable online.

Launch of camping reservations in Saskatchewan