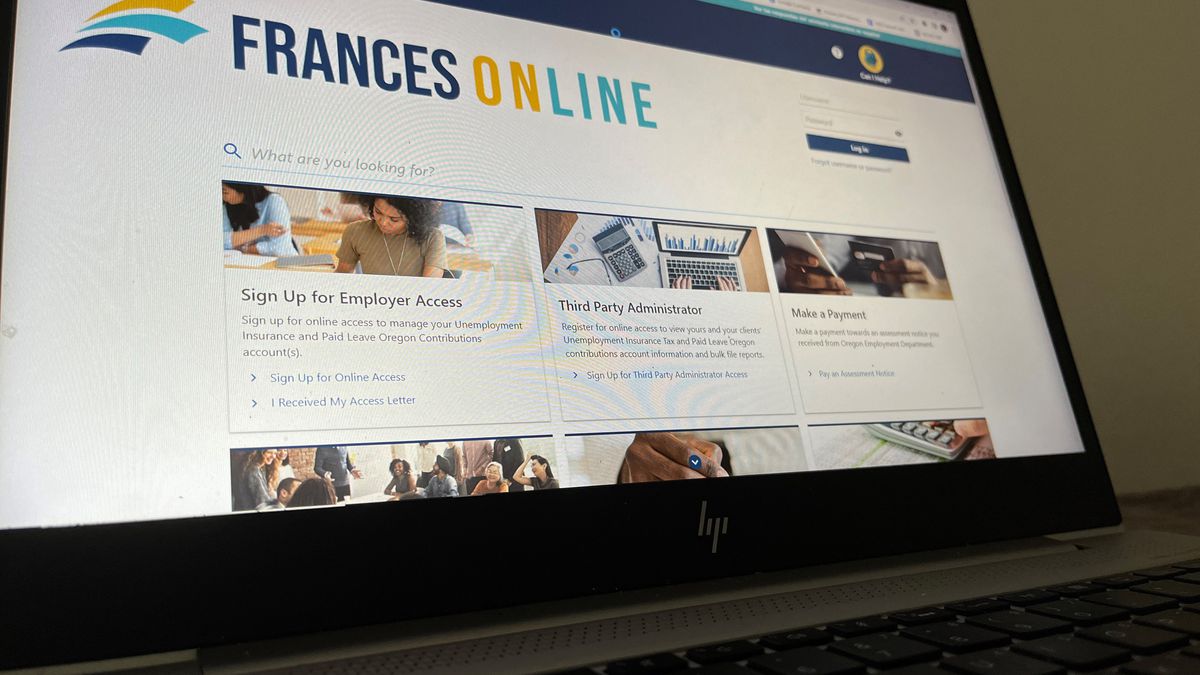 OED online upgrades begin with a new portal for employers

The pandemic has brought overwhelming numbers of people seeking services from the Oregon Department of Employment. But even before this unprecedented event happened, the ministry knew it had to modernize.

“We were in the process of contracting a vendor to help us modernize when the pandemic hit,” said David Gerstenfeld, acting director of the Oregon Department of Employment.

On Tuesday, the department launched Frances Online, a new platform to manage services the state provides to Oregon employers. Gerstenfeld said the platform allows for many self-service options for managing accounts. Employers can log in, have a secure way to communicate with department staff, upload documents, view the status of claims, and view information sent to them in the past.

“Before, they either had to fill out paper forms or call us and talk to us,” he said.

The new system will allow employment service employees to work more efficiently, according to Gerstenfeld.

“Even that part of efficiency only serves to make things better for people who rely on us for benefits or to get jobs.”

The first part of Oregon’s paid family leave system has launched on the platform, allowing employers who want to offer their own paid family medical leave benefits to submit an equivalent plan. Employers can also file quarterly payroll reports online.

Frances Online was named after Frances Perkins, who was the first female and longest-serving Federal Secretary of Labor and an advocate for workers’ rights. The launch of the online system is the culmination of more than a decade of planning to modernize services.

Officials say the system was primarily funded by the federal government, thanks to $85 million the department received in 2009.

“There was a recognition that we needed to modernize, and that it was important to preserve the funds to pay for it,” Gerstenfeld said. “But the agency was not caught up with its work at the time and was unable to complete all the hard work needed to have a good plan.”

He said the ministry decided not to rush the process.

Shortly after the modernization process began, the pandemic hit and the agency was overwhelmed. Auditors from the Oregon Secretary of State’s office criticized the department’s handling of the unprecedented number of unemployment claims. Secretary of State Shemia Fagan said the state’s unemployment insurance program failed when it was needed most.

“We originally wanted to make sure it could withstand historically high claim volumes,” Gerstenfeld said. “After the pandemic, everyone’s understanding of what a historically high volume of claims was had changed dramatically.”

Fagan’s audit of the department identified the outdated system as the main cause of the problems. Previous audits of the Secretary of State’s office, in 2012 and 2015, warned that the agency’s central system, dating back to the 1990s, was too rigid to handle complicated claims or rule changes, and relied too much on manual processes, which led to errors. The 2015 audit recommended that the Department of Employment replace this old system – a modernization process that is only now underway.

“But we learned a lot and some of the major challenges we faced in Oregon are things that this project will help tremendously,” Gerstenfeld said. “A lot of it is around communication.”

Other services will be added to the platform next year, including applying for unemployment benefits and using the state’s new paid family and medical leave program, called Paid Leave Oregon. The state’s paid leave system was originally slated to launch last January, but benefits won’t be available through that system until September 2023.

“It’s not just about updating a computer system and then saying we’re done, it’s really us constantly improving the way we serve the public and that’s why it was so important to get the most flexible technology,” Gerstenfeld said.

Getting started on the new platform was certainly a lot of work according to Gerstenfeld, especially for department employees who have been working under the old system for years and are learning to use the new platform.

Gerstenfeld said that on the first day of its launch, people had already started using the new platform.

“We’ve already had hundreds of employers registered in the system,” Gerstenfeld said. “We’ve had over 100 third-party administrators, like accountants or payroll administrators who represent a large number of employees, sign up and register along with a number of clients. So we see things working in the system.