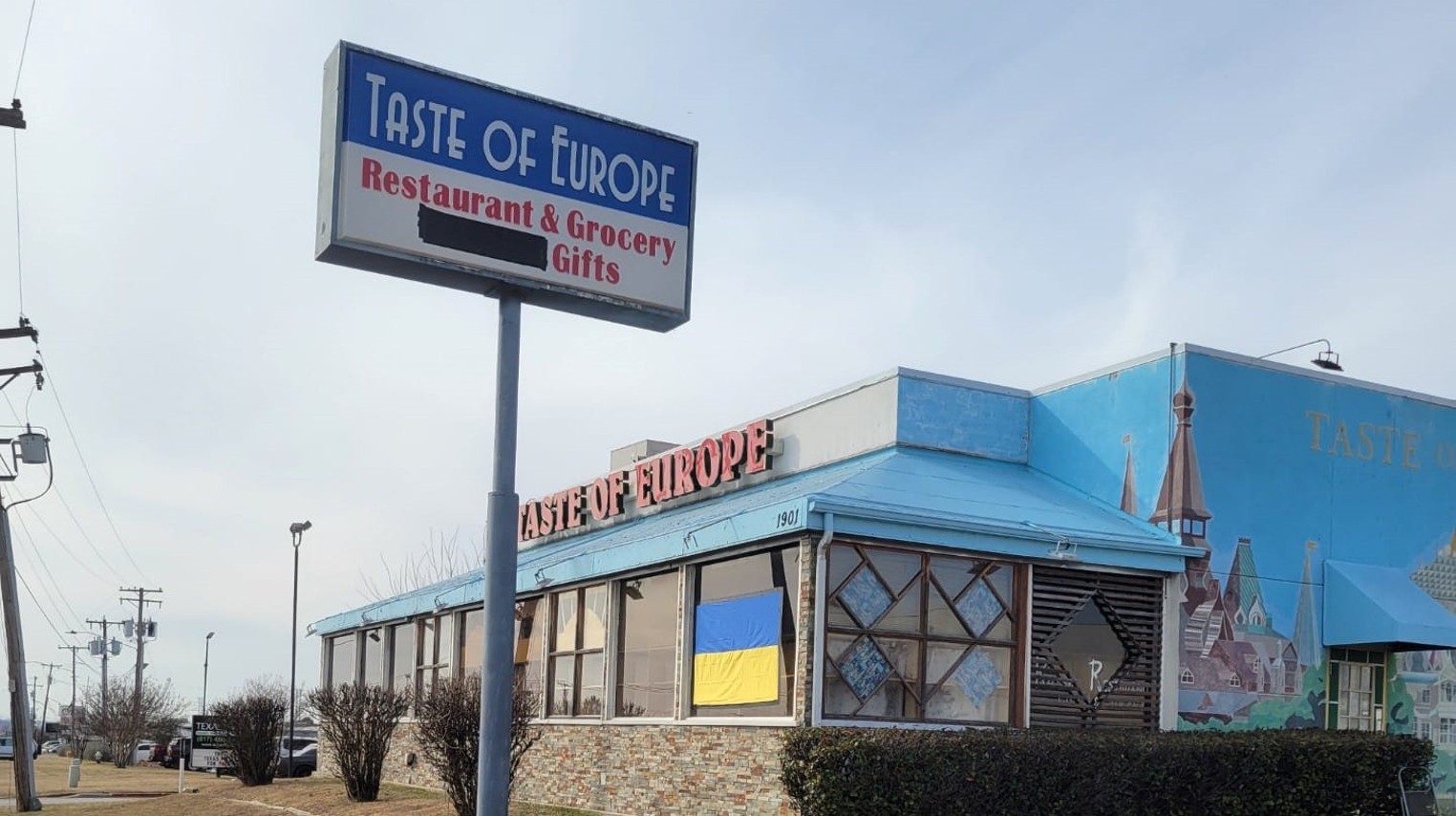 People are boycotting services and businesses they think are pro-Russian

Just over a week ago, Russian restaurant Banya of Carrollton earned a one-star review on Google completely out of the blue.

A single negative review online might not seem like a rush for a successful restaurant with a loyal following, but the problem is that the Russian Banya hasn’t been open since last summer, says owner Michael Uspenski.

“We received a one-star negative review from a Russian customer, I believe,” Uspenski said. “So it was because of my support for Ukraine.”

Since Russian President Vladimir Putin launched a brutal invasion of Ukraine on February 24, Texas businesses and their customers have cut direct and indirect ties to Russian products and services. Bars and restaurants have stopped stocking shelves with Russian vodka. The Russian Ballet Theater has shortened its name to its acronym RBT ahead of its scheduled performance at The Majestic in a long statement calling for peace and reminding the audience that the ensemble includes natives of many countries.

“We are a living example of unity, having nine different nations united on one stage creating beauty, not destroying it,” the statement read. “We are grateful for all the kind words of support sent to our dancers, whose families are currently in danger. We dance for peace.”

Some local businesses that offer Russian goods or services, however, have been targeted by people who don’t understand what they do, where they are located, or even basic geography.

“A lot of our products don’t even come from Russia,” says Valentin Tsalko, owner of A Taste of Europe restaurant and grocery store in Arlington.

Tsalko says that in the days following the invasion, his business, which was featured on The Food Network’s Diners, Drive-ins and Dives, began receiving several negative calls from private numbers and inaccurate Yelp reviews of his establishment with “very nonsensical remarks like Putin has secret meetings at my restaurant”.

Well, that’s a first. someone on #Yelp posting hate speech about European restaurants. Taste of Europe is in Dallas and is an awesome restaurant. I reported both of his reviews to Yelp, but @Yelp @yelpdallas I’m happy to DM you the link to his profile for faster removal 🙃 pic.twitter.com/IxrCETazBH

Even though Tsalko’s restaurant serves food originating from Eastern European countries and not just Russia, the negative reviews prompted Tsalko to clarify his position. Much of the attention brought to the company was due to the word “Russian” appearing on the sign. The restaurant has since covered that part of the sign and it even became a trending topic on Twitter.

“There were threats,” says Tsalko. “They’ve calmed down a bit, but Twitter has kinda exploded with people not believing our side of the story. An employee showed me the comment thread going back and forth.”

Frisco real estate agent Irina Norcross, who offers help to Russian-speaking house hunters, says she’s heard from colleagues who’ve met clients who didn’t want to work with them because they spoke Russian and mistakenly assumed that they supported the Russian government.

Anti-war protests have erupted across Russia and the world led by activists. Last week in Dallas, Pussy Riot founder Nadya Tolokonnikova played two politically charged shows on Deep Ellum. A recent demonstration in Moscow was so large that it ended in more than 4,300 arrests.

“Being Russian doesn’t mean I support the war,” Norcross says. “No, of course not. I’m against war. I don’t like politics in Russia.”

Signs of support for Ukraine appeared all over North Texas, from city landmarks to individual establishments. The lights of the Omni Hotel and Reunion Tower in downtown Dallas turned blue and yellow in honor of Ukrainian flags. Airbnb announced a new initiative to provide free shelter to individuals and their families for refugees. Tsalko’s restaurant displayed a Ukrainian flag in the waiting room with the words “Stop the War” on it.

Uspenski says it’s myopic to think that just because a person comes or has family in a certain part of the world means they also support the actions and policies of that government.

“I strongly support Ukraine,” Uspenski said. “I stand with them and I strongly oppose Putin’s aggression against Ukraine. I love Ukraine. I have family in Ukraine and I love Russia, but I still don’t support this kind of aggression.”

Tsalko says several of its staff and clientele have relatives in Ukraine and parts of Eastern Europe that host refugees. He says the events of the past few weeks have affected them all.

“We try to be in contact with them regularly,” he says of his family. “So far so good as they are a bit far from the war site and we are trying to track them daily.”

Tsalko says he took this opportunity to better educate his customers and community not only about the food they serve that comes from Russia and surrounding countries, but also about the growing Russian and Ukrainian communities in Dallas.

“We just got more specific about where some of our dishes come from and explain to people where the countries are,” says Tsalko. “The misinformation and now the exposure is coming, so people are better informed, which helps a lot.”