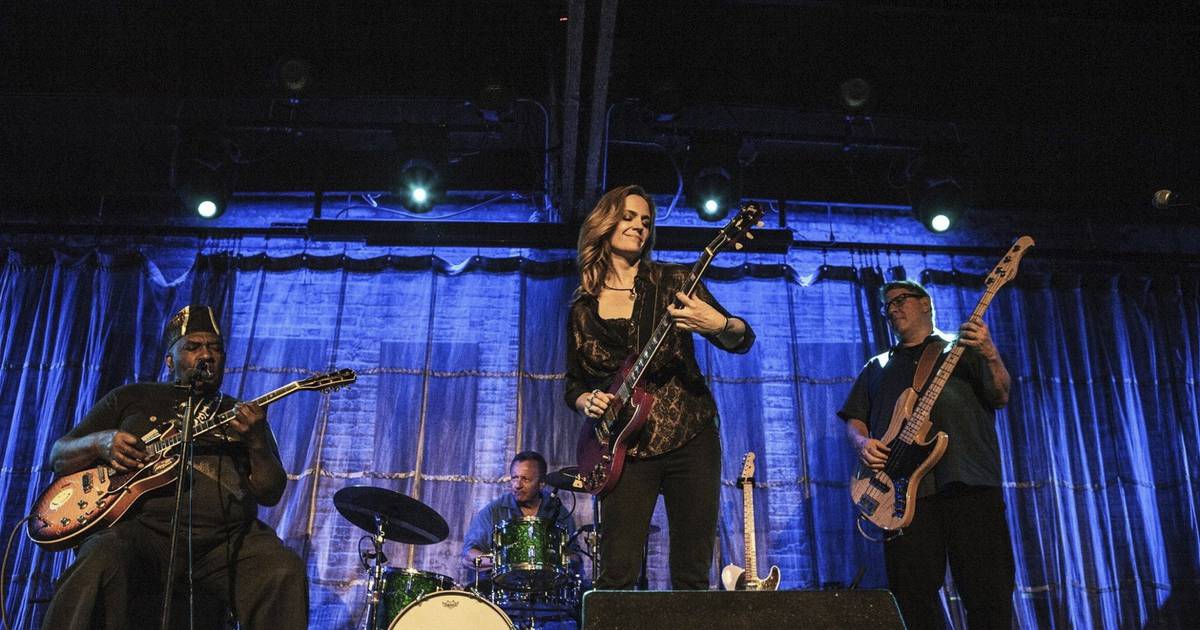 People often look forward to retirement, but Moses Tillmon did the opposite after retiring from Midlothian School District 143 in Illinois in 2007.

“I started this job in 1977. After 30 years I retired, so I had to find something else to do,” said Tillmon, who worked in maintenance and special education in the district. .

“After I retired I started playing full time. I used to play all the time but I play full time now.

When a good friend who worked at the Guitar Center in Country Club Hills, Illinois suggested Tillmon go to the Hideaway in Blue Island, Illinois for a jam, he met bassist Tom Rezetko.

“Sometimes you have a rapport, a chemistry with certain people. For some reason, Tom and I seemed to get along just fine. We must be good friends,” said the guitarist and singer, who uses the nickname Smiley Tillmon in musical circles.

After Tillmon and Rezetko sat down as guitarist and bassist, respectively, at an open jam at Harte’s Saloon in Evergreen Park, Illinois, the Smiley Tillmon Band began.

“Here we are 16 years later. We’re still together,” said Tillmon, who also performs with Chicago’s Beverly Community Rezetko as The Smiley Tillmon Blues Duo at House of Blues Chicago.

The Smiley Tillmon Band performs November 16 at 115 Bourbon Street—Front Stage in Merrionette Park, Illinois; Nov. 23 at Hailstorm Brewing Co. in Tinley Park, Illinois; and on November 26 at the Hard Rock Casino Northern Indiana’s Council Oak Bar in Gary, Indiana, all of which are venues the band have played before.

The group also includes guitarist Kate Moss from Elgin, with whom Tillmon first performed at the Beverly Arts Center in Chicago, and drummer George Baumann from Lombard.

” We are doing very good. We are very lucky, doing a lot of festivals and parties. We get along well and that’s the best part of it all. By the grace of God, I’m doing great,” said Tillmon of Markham.

“The wonderful thing about acting – me and Tom talk about it all the time – always try to do your best and be honest with people because you never know who’s out there. I never take it for granted.

“My favorite is what people want to hear. I try to go in there and come prepared with a pretty good setlist but that’s just my old-school nature. I am a country boy. I love doing what people love,” said Tillmon, who was born in rural Georgia and moved to Florida when he was 10.

“When I go there, the #1 thing for me is the people. Without the people, it makes no sense for us to be there anyway. If I know it, I will play it and give you my best. Everyone has their own way of doing things. My thing is that I like people and I like what I do. I still love the game.

“It’s mostly covers, but it sounds like originals when I get to cut songs. I have a way of doing things. I put my own spin on things. I respect others but I don’t like to copy others. When I do a song and people say, “I really liked that,” I say, “Thank you.” »

He began playing music in 1957. After supporting Miami rhythm and blues singer Billy Miranda in the 1960s and touring from Canada to New York with the calypso-oriented Sammy Ambrose & The Afro-Beats, Tillmon arrived in Chicago in 1962 and landed a music gig. only two weeks later.

“When I came here, it was the blues — Howlin’ Wolf and Muddy Waters. I just had to readjust my chords. A classic C chord is the same as a local Delta chord,” said Tillmon, who learned to play after buying a guitar for $10 at a pawnshop and buying a chord book.

“I met people like Lonnie Brooks, Jimmy Johnson and a lot of good players who helped me because I was nervous. I had never played the blues but I knew how it was. I didn’t didn’t act like I knew everything. Sixty years later, I’m still in it so it’s fine.

He played with Billy “The Kid” Emerson, Denise LaSalle and blues artists on Chicago’s South Side before choosing a full-time job in the late 1970s to support his family of five children.

“I put the game on hold, just for the weekends, and started a job at school so I could have a regular salary and pay the rent. I wanted to play all the time, but the gigs didn’t weren’t paying enough, so I did what I had to do,” Tillmon said.

“When I finished working for 30 years I was doing pretty well, so now all I do is play.”

Tillmon, who was inducted as a master blues artist into the Chicago Blues Hall of Fame in 2017, said he prefers gigs in an intimate setting.

“When you have a big room, you don’t see the faces. When I’m in a club where people can be up front and I can see them and be silly with them, that makes me happy. I can really engage with people,” he said.

“People can shout their requests and sing along. It looks more like a party than a concert. I love it. I really do.”

News from the southern suburbs delivered every Monday and Wednesday

Jessi Virtusio is a freelance journalist for the Daily Southtown.

COVID has brought lasting changes to the cycling coaching industry