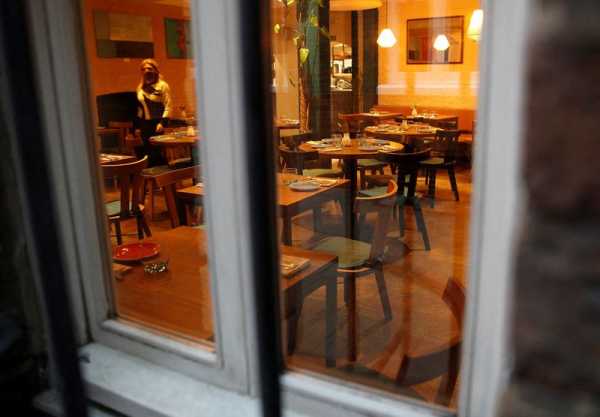 In the private sector, 2.7% of staff were absent at the end of December due to COVID symptoms or self-isolation, the most since the Office for National Statistics started collecting the figures. The rate rose to 5.5% for hotels and restaurants and 6.7% for other services.

The world’s fifth-largest economy is expected to contract in December and January before growing modestly in the first three months of 2022.

“My prior belief was that the Omicron hit wasn’t that big,” said James Smith, UK economist at ING. “And when I look at the different aspects of the data this morning, I think that’s still the case.”

Britain’s economy will contract by a cumulative 0.5% in December and January, but grow by around 0.1% to 0.2% in the first quarter, Smith said.

Pantheon Macroeconomics updated its forecast on Tuesday to show first-quarter growth of 0.2% rather than flat output due to falling COVID cases and the likelihood of COVID-19 restrictions easing in England at the end of this month.

Pubs, restaurants and other service industries in direct contact with consumers have borne the brunt of the surge in infections.

Although the sector has not faced new COVID-19 restrictions in England – unlike the rest of the UK – many customers have chosen to stay away.

Some 44% of businesses in the restaurant and hospitality sector reported an increase in cancellations in their key month of December, rising to 64% for businesses in the “other services” category, which includes companies such as beauty salons.

Trade body UKHospitality said Christmas Day sales were 60% below normal and spending was down 27% on New Year’s Eve.

Data from reservations website OpenTable showed reservations in the week to January 10 were more than a third lower than the previous week, after adjusting for the time of year.

“Cash reserves are badly depleted and some businesses will struggle to survive the first quarter of 2022,” UKHospitality chief executive Kate Nicholls said.

However, retailers saw stronger-than-expected sales in the final weeks of 2021. Supermarkets rose as Britons entertained at home, despite warning of mounting inflationary pressures.

Recruiters also pointed to inflationary pressures ahead, with pressures on the workforce easing only slightly in December from record highs in the fall.

The Bank of England warned that inflation would hit a 30-year high of around 6% in April.

ING’s Smith said the fall in Omicron cases now indicated a 50% chance the BoE would raise rates to 0.5% next month, after raising rates to 0.25% in December, its first tightening since the start of the pandemic.

But he was less convinced by market expectations that rates would hit 1% by August – above their pre-pandemic level – and he saw inflation fall sharply in late 2022 and 2023 if the rise energy prices stabilized and used car prices fell.

76% of Vietnamese Plan to Travel Domestically in 2022 | Business